I wrote a while ago that Google is likely to delay Pixel 4a until October 22 this year before officially launching the model. Now something else has happened.

The same tipster says that Google is likely to delay Pixel 5. This means that this device will most likely not show up in October, but it will be even later.

It will be interesting to see when Google sold will showcase Pixel 5.

Seems like the Pixel 5 will also be pushed back.

Though, it would probably be smart to just launch Pixel 5 and 4a side-by-side, especially if there is only one model of Pixel 4a that will launch. 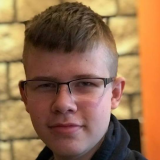 Rasmus Hellmyrs is the main writer and CEO of Mobile News. The site that is always the first with news about mobiles! In addition to writing about mobiles, Rasmus likes aircraft, buses and trains. He has tested many mobiles during his two years, but he prefers Android.